The Embroidered Apron and Other Stories

Tales of Immigration to Bristol and other places

A song cycle for alto voice, narrator and 5 musicians by Knud Stüwe and Ros Cuthbert
Duration : 45 min
Premiered at : 8th St.Aidan's Church Bristol on 8th May 2012

Perhaps best described as a cross between a song cycle and a secular oratorio, this piece of musical theatre tells some of the human stories behind the statistics. Whether you call them refugees, economic migrants or immigrants it is the human stories that are at the heart of this song cycle.
Each song is preceded by a narration to shed some light on the historical and political background.
These are true life stories brought to life by a small but very colourful and even possibly novel combination(!) of instruments.

Selected audience member comments :
"The concert was amazing.  Full of wonderful stories enhanced and
interpreted  by music that spoke to my  soul.  The mixture of
instruments and the hauntingly beautiful musical  interpretation of the
words left me feeling moved and thoughtful" (June Burrough, former director of Pierian Centre Bristol).

"What can I say - Songs of Embroidered Aprons - an ingenious and moving new
work, stirring, surprising and bold - full of intrigue, bright open spaces
and dark crooked corners" (Mark Gartside, East Bristol church partnership coordinator and compare on the night).

"The song cycle combines the historical and the personal in a way which is lyrical, thoughtful and deeply touching"(Diane Setterfield, novelist).

A short comment by the authors :
It all started with a song we created about the Armenian born painters Arshile Gorky's emigration to America.
This song, entitled "The Embroidered Apron Song" was performed in June 2011 at Bristol Cathedral as part of the "Bristol City of Sanctuary Celebrations".
Being left with the feeling of "this has the potential to be more than just a song", we started looking for other stories.
Two of this we found on our doorstep, at Bristol Central Library in a book entitled "Origins - Personal Stories of Crossing the Seas to Settle in Britain".
The two authors are Christina Malkowska Zaba and Derek Sealy from Bristol both still living
For the last story Knud looked away from his current home Bristol and turned instead to his own family history. We included the story of Knud's father Rüdiger Stüwe, who as a boy became an emigrant in his own country.

The work that we created will, we hope, take you on an inspiring, thought provoking, richly coloured but in any case very contemporary journey. 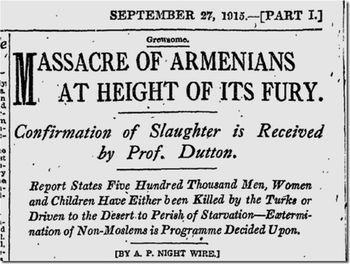 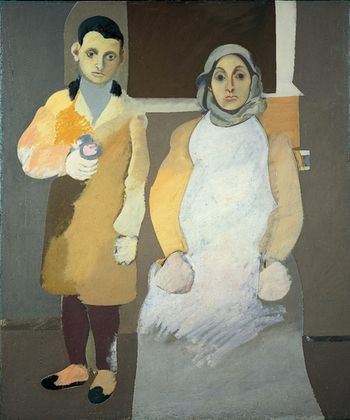 Painting by Arshile Gorky :The Artist and his Mother 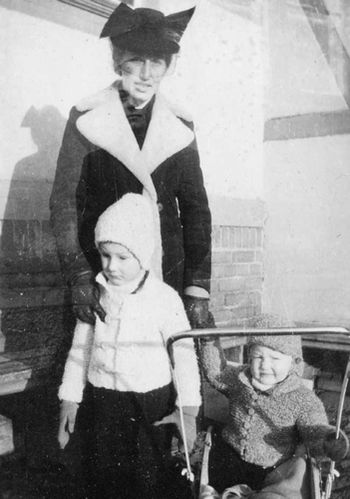 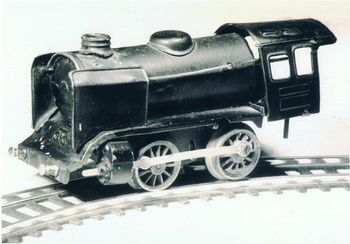 The little train my dad saved on his escape 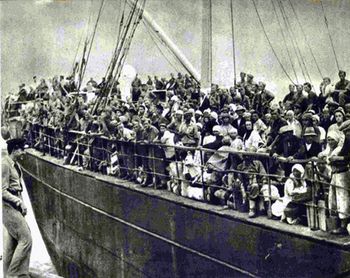 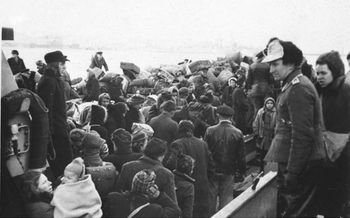 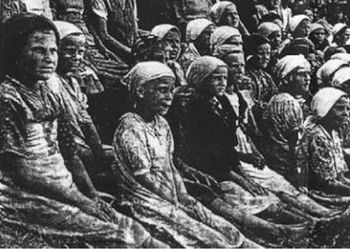 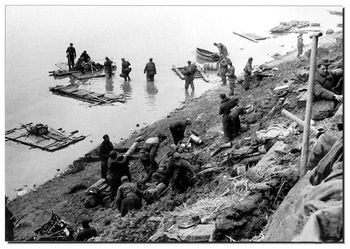 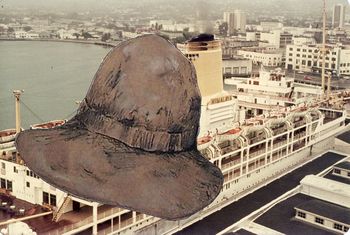 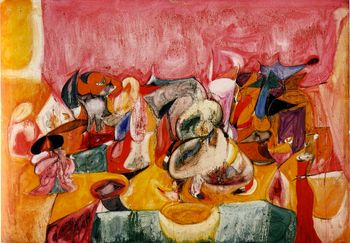 Scent of Apricots by Arshile Gorky 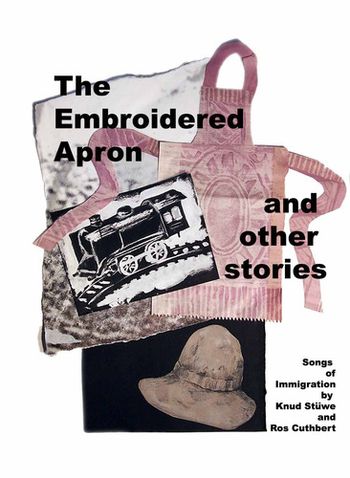 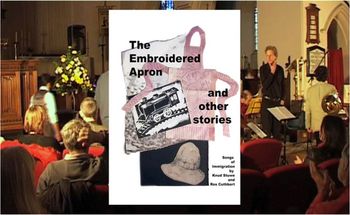